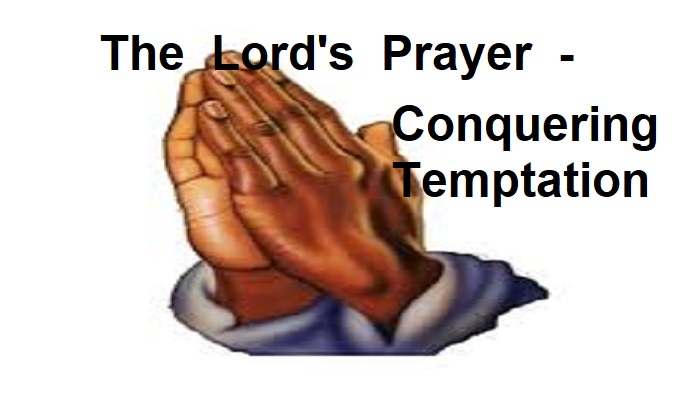 Too any believers are quick to blame God for getting them into temptation or problems, but God didn’t have anything to do with it. Let’s delve into Matthew 6:13 to gain more understanding.

13And do not lead us into temptation, but deliver us from evil.

Each of us have a free will to choose what to do. Where the rubber meets the road is when we feel we are being led into temptation. What is temptation? Whatever takes our focus off of what God said and what Jesus did. Temptation can allow us to compromise on what we have previously determined to do. Many times there’s an emotional pull in being tempted—from the dieter seeing the cupcake in the store window to the smell of smoke next to you. Those emotional triggers tempt.

Understand it isn’t a sin to be tempted. We are all subject to temptation, but what is our defense when we are tempted? Applying the Word of God. If you don’t counter temptation with the Word, you’re susceptible to the whims of your emotions, and you already know they can lead you down one road and then another.

Here’s how Paul put it in 1 Corinthians 10:13, NASB “No temptation has overtaken you but such as is common to man; and God is faithful, who will not allow you to be tempted beyond what you are able, but with the temptation will provide the way of escape also, so that you will be able to endure it.”

The reference to being able to endure it doesn’t mean you have to put up with it. I really believe it means so you can conquer it. You have the ability to rise above the temptation and conquer it before it overwhelms you. How do you do that? Again, by using the Word. Jesus spoke the Word against satan when he was tempted to abandon His authority and bow to the enemy.

God’s perspective on overcoming temptation is the power of His Word and His authority which is yours as a child of God. Using the Word equips your with the power of God’s promises, and then ‘having done all to stand, you STAND. You stand strong in your decision, in your commitment, not faltering but relying on His power operating in you. That’s how and when you conquer temptation.