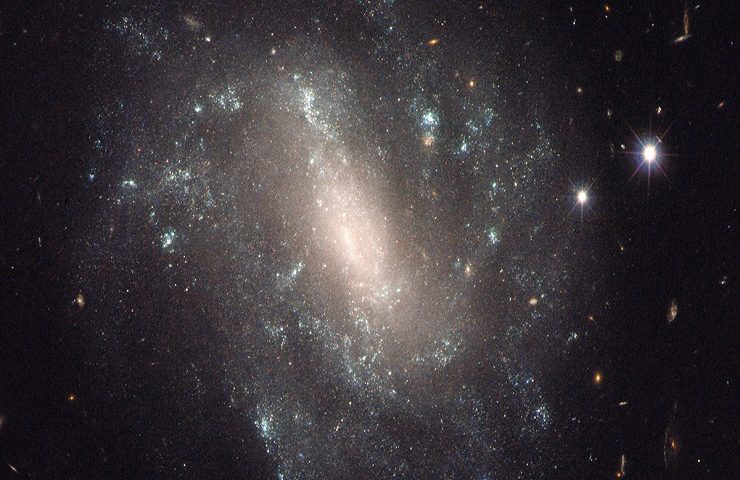 If you’ve ever had the opportunity to view the heavens from a location away from city lights, I’m sure you’ve been amazed at the sight of hundred of stars, and those are just the ones your eye can see. What about all the others that are out there which we cannot see?

Isaiah 40:26, NASB1995 says, “Lift up your eyes on high and see who has created these stars…He calls them by name…not one of them is missing.”

A few years ago Jack and I watched a very moving film about the Space Hubble showing what they saw in our universe at that point in time. Literally millions of stars, some dying, some being born, but countless myriads of stars. It was breathtaking and inspiring. It was yet another reminder of God’s love and care for His universe, and His people.

There is nothing in this universe that is insignificant. If He calls the individual stars by name, how must He think of you? He’s not mad at you about anything…He’s in love with you. He knows the number of hairs on your head! He has plans of hope and future for you in His goodness and love. You’re not insignificant at all.

I know friends who have had a tough life, who have gone through difficult family situations, divorce, and death of a child/spouse. Some have chosen to draw closer to the Lord as they’ve found His help and strength, His forgiveness and love. Others has felt they’re not worth it and have pulled away from people who care about them. No matter where they are, they’re not insignificant to the Lord.

It’s time for all of us to be examples of God’s love to others. He sees no differences. He doesn’t take into account things done wrong. He holds no grudges. His arms are always open wide to receive His children back. He’s a good God.

Let’s represent Him to others and let them know they are not insignificant; in fact, He has them in His heart always, and knows them by name, just as He knows and loves you.