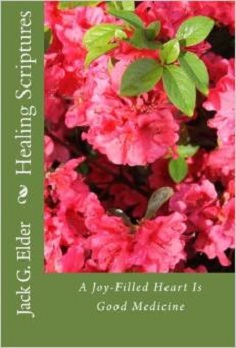 Mark 1:40-41
40 And there came a leper to Him, beseeching him, and kneeling down to Him, and saying to Him, If You will, You can make me clean. 41 And Jesus, moved with compassion, put forth His hand, and touched him, and said to him, I will; be clean.

Jesus was not afraid to touch the leper. Though they were not to be around people and hadn’t been touched by anyone in a long time, Jesus reached out and touched the leper and He was made whole. Jesus is greater than any illness or disease.

Mark 2:11-12
11 I say to you, Arise, and take up your bed, and go your way into your house. 12 And immediately he arose, took up the bed, and went forth before them all; insomuch that they were all amazed, and glorified God, saying, We never saw it on this fashion.

They glorified and praised God when they saw the miracles Jesus did. We see the miracle by faith and we glorify and praise God even before we see the complete manifestation of our healing.

Mark 3:1-5
1 And He entered again into the synagogue; and there was a man there who had a withered hand. 2 And they watched Him, whether He would heal him on the Sabbath day; that they might accuse Him. 3 And He said to the man who had the withered hand, Stand forth. 4 And He said to them, Is it lawful to do good on the sabbath days, or to do evil? To save life, or to kill? But they held their peace. 5 And when He had looked round about on them with anger, being grieved for the hardness of their hearts, He said to the man, Stretch forth your hand. And he stretched it out: and his hand was restored whole as the other.

This is the only time it is recorded that Jesus was angry. He was angry at people who try to keep you from getting healed and He was angry at sickness and disease that tries to hurt the people. He was grieved because the people were so concerned about their wrong interpretation of the law that they failed to have compassion on the hurting person. God wants you well.

Mark 3:10
10 For He had healed many; insomuch that they pressed upon Him for to touch Him, as many as had plagues.

Mark 3:15
15 And to have power to heal sicknesses, and to cast out devils:

Mark 9:23
23 Jesus said to him, If you can believe, all things are possible to him that believes. .